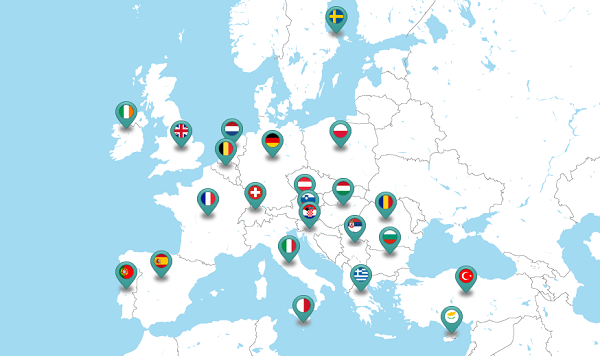 The latest statistical report by AIDA, managed by ECRE, provides an update on developments in legislation, policy and practice relating to the application of the Dublin III Regulation in 2020.

On 23 September 2020, the European Commission tabled its proposal for a Regulation on Asylum and Migration Management (RAMM) which aims to replace the Dublin III Regulation. Although it does introduce new corrective solidarity mechanisms, the proposal fails to fundamentally change the system and preserves the same responsibility allocation principles. These rules have been a significant source of conflict among Member States since the establishment of the Common European Asylum System (CEAS). One year later, progress in the negotiations is limited. The latest Council document leaked by Statewatch confirms persisting disagreements of Member States on the RAMM, while the impact assessment published by the European Parliament demonstrates that the proposal reproduces the inadequate understanding of solidarity by the Member States.

In the meantime, the Dublin III Regulation remains the applicable legal framework for determining which Member State is responsible for an application for international protection. ECRE’s report demonstrates that the low number of transfers, the disregard for the family provisions, and other implementation gaps documented in 2020 continue to call into question the operability of the current Dublin system – and of any new system based on the same principles.

The year 2020 was marked by the suspension of transfers and fewer Dublin procedures as a result of COVID-19. Despite the pandemic, however, countries continued to send requests and to subject a relatively high number of applicants for international protection to Dublin procedures. Nonetheless, very few people reached the final stage in the procedure, i.e. the actual Dublin transfer. Of the 29 countries represented in ECRE’s report, only three achieved Dublin transfers in more than half the procedures they initiated, while more than half the countries have a transfer rate below 30%. In Germany, only 1 in 10 applicants was effectively transferred after having been channelled into a Dublin procedure. ECRE has consistently emphasised that Dublin transfers are not mandatory as the Dublin Regulation provides choices and discretion to Member States, which can examine asylum claims themselves to avoid unnecessary human, administrative and financial costs. COVID-19 was an additional limitation which should have encouraged Member States to invest in regular procedures and to take responsibility for the applicants concerned. ECRE’s report also demonstrates that Member States are not respecting the hierarchy of criteria, as the family provisions are rarely used in most countries, despite the likely presence of family members elsewhere in the EU for at least some applicants.