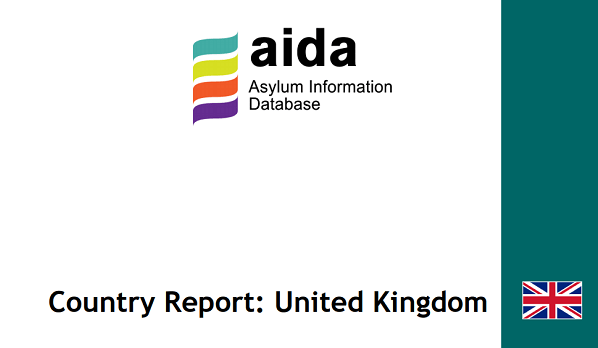 The updated AIDA Country Report on the United Kingdom provides a detailed overview on legislative and practice-related developments in asylum procedures, reception conditions, detention of asylum seekers and content of international protection in 2020.

During 2020 the United Kingdom (UK) government passed legislation and began to reveal its plans for its Immigration system to be introduced at the end of the EU transition period. As the UK is no longer part of the Dublin regulation and associated processes, the guidance on Dublin III has been removed. However, the UK issued guidance explaining how to process cases where a Dublin Regulation responsibility request was made by a Dublin State to the UK prior to the end of the Transition Period at 23h 00 on 31 December 2020 but either no decision has been made in relation to that request or a decision has been made but the transfer has not taken place. Cases introduced after the Transition period can be treated under the new inadmissibility rules on safe third countries. The rules allow an inadmissibility decision to be taken on the basis of a person’s earlier presence in or connection to a safe third country, even if that particular country will not immediately agree to the persons return. The guidance on inadmissibility of asylum claims explains that: “the safe countries most likely to be identified in asylum claims will be the UK’s near neighbours in the EU”. New rules came into force on 31 December 2020, making it clear that claims cannot be made in territorial waters and that anyone attempting to do so will be brought to the UK to make their claim.

Access to registration and the asylum procedure remained open throughout the COVID-19 pandemic including the national lockdowns. In April 2020 six Home Office premises were made available for people to claim asylum without having to travel to the national centre. At the time of writing these remained open but only on a temporary basis. Substantive interviews were paused between mid-March and the end of June 2020. When they resumed they mainly take place via video link; the asylum seeker is invited to the usual Home Office premises but the interviewing officer may be working from home or in a different office. Some face-to-face interviews have resumed.

The accommodation estate suffered severe pressure, in part as a result of the decision not to evict anyone when they received a decision on their claim. The accommodation providers procured contingency accommodation: some hotels were repurposed for use as Initial Accommodation and several former military barracks were rapidly repurposed, which has resulted in negative media attention. The Independent Chief Inspector of Borders and Immigration released in March 2021 some key findings following the team’s visit to sites formerly used as military barracks. It reported issues in management and leadership, mental health problems among residents, an impoverished, run-down and unsuitable environment for long-term accommodation. Cleanliness at both sites was variable at best and cleaning was made difficult by the age of the buildings. Some areas were filthy.

Given the prevalence of Covid-19 cases in detention and the lack of opportunity for the Home Office to remove people from the UK there were calls throughout the year to release everyone from immigration detention. Whilst this call was not heeded, i.e. there was no change in law and policy, the use of detention fell during 2020. Guidance was issued to Immigration Removal Centres (IRCs) and Short-Term Holding Facilities (STHF) for how to manage detention during Covid-19 including responding to outbreaks, preventative measures including cohorting and controlling of visits.