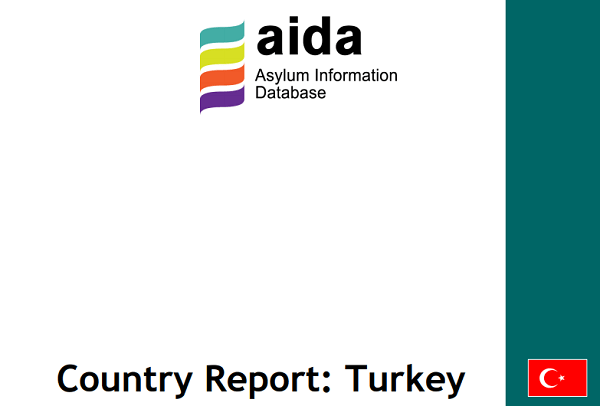 The updated AIDA Country Report on Turkey  tracks recent developments in the area of asylum procedures, reception conditions, detention of asylum seekers and content of international protection in 2020.

Turkey currently hosts both a population of over 3,5 million refugees from neighbouring Syria and several hundred thousand asylum seekers and beneficiaries of protection of other nationalities, mainly originating from Iraq, Afghanistan, and Iran. These two populations of protection seekers are subject to two different sets of asylum rules and procedures. In line with the legislative framework the report is divided into two sections, the first on international protection and the second on temporary protection (for Syrian nationals and stateless Palestinians originating from Syria).

COVID-19 measures meant it was extremely difficult to apply for international or temporary protection in Turkey in 2020 and caused extreme hardship due to problems with the economy and the nature of most refugees’ work, coupled with very limited access to support services. Both the registration of applications for international protection and temporary protection largely stopped due to COVID-19 from March to June 2020. This resulted in increased delays in accessing the procedures. During this waiting time, persons in need of protection including vulnerable groups were left destitute with limited access to basic services and at risk of human rights violations.

Resettlement services were suspended from March 2020 until September due to COVID-19. As of the end of October 2020, UNHCR provided over 5,633 resettlement submissions (4,625 Syrians and 1,008 refugees of other nationalities) to 18 countries; and 3,382 refugees (2,602 Syrian and 780 of other nationalities) departed for resettlement to 14 countries.  Access to government institutions was difficult for lawyers and refugees alike. Due to the nature of their work and frequent lockdowns and the impact on the economy, many refugees, asylum seekers and beneficiaries of temporary protection struggled to find work and to cover their basic needs including protective equipment and hygiene products.

Forced or mandatory returns were suspended from March 2020 until the autumn and they were less frequent in 2020 due to travel and other restrictions and the closed border because of COVID-19. Quarantine measures were undertaken before people were put in removal centres. People were released from removal centres to avoid overcrowding and they were given reporting obligations instead.

The EU continued to provide funding including for education services and cash assistance programmes. In the context of the implementation of the EU-Turkey statement between 4 April 2016 and 1 April 2021, Turkey had readmitted a total of 2,139 persons from Greece including citizens of Pakistan, Syria, Algeria, Afghanistan, Iraq and Bangladesh. As of 1 April 2021, 28,340 Syrians had been resettled (since 2016) to the EU under the 1:1 scheme.

Looking forward to 2021, DG ECHO at the European Commission will no longer be active in Turkey concluding 10 years of presence and humanitarian aid will become permanent aid governed by the Ministry of Family Affairs. The Emergency Social Safety Net (ESSN) project will be revised to support those who can be employed in the labour market through vocational trainings. The Ministry of Family Affairs will support ongoing services such as language support, care for children, women, disabled people. Basic services and protection projects governed by DG ECHO will be transferred to the EU Delegation who will work in cooperation with the national authorities governing those areas.