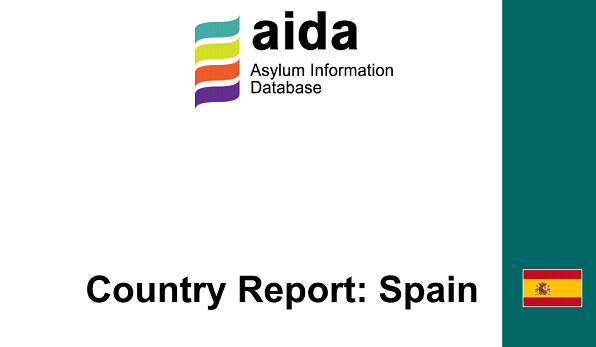 The updated AIDA country report on Spain reveals that the Spanish asylum system continues to be marked by serious deficiencies as a result of the increase of arrivals, the lack of capacity and resources and the impact of COVID-19, putting the fundamental rights of migrants and persons in need of international protection at risks of violations. It provides a detailed overview of developments in the area of asylum procedures, reception conditions, detention of asylum seekers and content of international protection in 2020.

A total of 41,861 persons arrived in Spain, marking an increase of 29% compared to 2019. This total refers to 1,755 arrivals by land and 40,106 arrivals by sea (out of which 23,023 on the Canary Islands), thus reflecting that the vast majority of persons arrived by boat. Individuals arriving by land continue to face serious obstacles in accessing the territory due to intensified border controls, refusals of entry and collective expulsions, in particular at the Ceuta and Melilla border points, while individuals arriving by sea are being held in detention for up to 72 hours (or in some cases even longer) with no access to legal assistance, information nor interpretation. The access to the asylum procedure is therefore a serious issue in Spain.

As regards the asylum procedure, it was suspended during the state of alarm from mid-March to the beginning of May 2020 in the context of COVID-19. This increased delays in the procedure and at registration stage. A total of 88,762 persons applied for international protection in 2020, the majority of Venezuelan, Colombian, Honduran, Peruvian and Nicaraguan descent. Most applications were rejected at first instance (68,435 rejections), while refugee status was granted to 4,360 persons and subsidiary protection to 1,398 persons. More than 45,000 Venezuelans were granted a humanitarian status, but only five of them obtained a refugee protection and none of them a subsidiary protection.

Reception conditions are a persistent matter of concern both in Ceuta and Melilla and on the Canary Islands. In light of the inhuman and inadequate reception conditions, leading organisations and agencies including UN bodies, the Council of Europe, the Spanish Ombudsman or NGOs such as Amnesty International and Human Rights Watch, called on the Government to transfer individuals to the mainland and to swiftly implement sustainable reception solutions. EASO also launched a new operation plan in December 2020 aiming to support the Spanish authorities to that end. The reception gaps have resulted in numerous cases of destitution and homelessness and are putting vulnerable groups at risks, in particular unaccompanied children.

2020 was also marked by important developments related to detention. As a result of COVID-19, the high number of detainees and the challenges to implement sanitary measures, Detention Centres for Foreigners (CIEs) were closed for several months from March to September 2020. During that period, individuals were accommodated in reception centres. Despite strong advocacy from several stakeholders to take this opportunity to definitively close CIEs given serious shortcomings and consistent human rights violations, the Government started to re-open CIEs as of September 2020. The dire living conditions in detention centres have resulted in riots, hunger strikes, self-harm, and protests across Spanish territory.

Important rulings were issued by the Spanish Supreme Court in 2020 and early 2021. This includes a landmark judgment of 15 October 2020 in which it recognised the right to asylum at embassies and consulates; and judgements of July 2020 and February 2021 in which it concluded that neither domestic nor EU law contain any provisions that justify limiting asylum seekers’ right to move freely across Spanish territory. In practice, however, transfers to the mainland from Ceuta and Melilla, as well as from the Canary Islands, continued to be restricted up until the beginning of 2021.