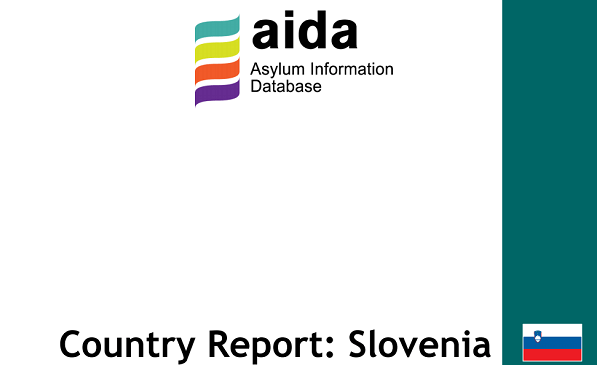 The updated AIDA Country Report on Slovenia tracks recent developments in the area of asylum procedures, reception conditions, detention of asylum seekers and content of international protection in 2020. It shows that the access to the territory and to the asylum procedure remains a serious matter of concern and reveals unlawful detention practices in 2020.

While only 3,548 persons were able to lodge an application for international protection in Slovenia, more than 14,500 persons were apprehended for illegally crossing the border and around 10,000 persons were returned to neighbouring countries (the large majority to Croatia, i.e. 9,950 persons) based on readmission agreements. These agreements enable the return of migrants through informal and truncated procedures without a return decision and with no access to legal assistance nor the possibility to appeal. Individual circumstances, protection needs and the non-refoulement principle are not assessed in practice. The Border Violence Monitoring Network (BVMN) and the Legal-Informational Centre for NGOs (PIC) further identified cases of individuals who were unable to apply for asylum after several attempts. In 2020, the Administrative Court also concluded that the Slovenian authorities had violated the non-refoulment principle, the prohibition of collective expulsion and the applicant’s right to access the asylum procedure. The Ministry of the Interior appealed the decision and the case is currently pending before the Supreme Court. Cases of summary returns to Slovenia from Italy and from Austria were also reported in 2020.

The asylum procedure was suspended in April 2020 due to COVID-19 but resumed as of May 2020 with no further complications and interviews were held in person. However, the AMIF project which enabled asylum seekers to access free legal advice and representation was terminated in April 2020. Since then, only a limited number of asylum seekers have access to legal assistance. This raises concerns as regards compliance with the right to an effective remedy. Recognition rates have also dropped, in particular for Iranians, Iraqis and Afghans, while the overall rejection rate stood at 70.1%.

Another important issue reported in 2020 relates to detention. During the suspension of asylum-related activities in April 2020, individuals were de facto detained up to 20 days in the premises of the Asylum Home before being able to lodge their application for international protection. Moreover, the authorities detained asylum seekers again during the months of May to August 2020, although the provisions of the Internatioanl Protection Act (IPA) were not amended in order to define the risk of absconding – which is a legal prerequisite under EU law as pointed out by the Slovenian Supreme Court in 2019. Detained asylum seekers had their applications processed in accelerated procedures, if possible, in order to facilitate their return following a negative decision. This practice ended in August 2020 as most of the detention orders were succesfully challenged as unlawful before the Administrative Court.

Nevertheless, the high number of detained asylum seekers (217 in 2020 compared to only 23 in 2019) and of other aliens resulted in inadequate detention conditions. Following a visit, the Slovenian Ombudsman concluded that the conditions in containers did not comply with the Reception Conditions Directive. The Administrative Court also found a violation of Article 4 of the EU Charter (prohibition of torture and inhuman or degrading treatment), as detained asylum seekers were not provided with one-hour of outdoor activities.