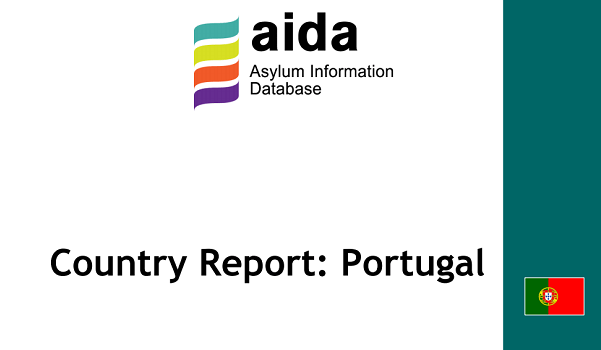 The updated AIDA Country Report on Portugal provides a detailed overview on legislative and practice-related developments in asylum procedures, reception conditions, detention of asylum seekers and content of international protection in 2020.

A total of 1,002 applications for international protection were lodged in Portugal in 2020, compared to 1,849 in 2019. This sharp decrease is mainly due to COVID-19 and travel restrictions. While the Asylum and Refugees Department of the Immigration and Borders Service (SEF) remained open to register new applications for international protection, deadlines within the asylum procedure were suspended in March 2020 and personal interviews were not carried out up until May 2020. Another important change of practice relates to the suspension of the border procedure since March 2020. Applicants for international protection are now systematically granted access to the territory for the purpose of the asylum procedure, instead of being processed under the border procedure and detained at the Lisbon airport. However, it remains unclear whether this is a temporary measure or will become standard practice.

As regards decision-making, a total of 847 first instance in-merit decisions have been issued in 2020, of which 77 granted refugee status, 17 granted subsidiary protection and the large majority – 753 of the applications were rejected (either in regular or accelerated procedures). Thus, the rejection rate at first instance stood at 88.9%, a significant increase compared to 67.3% in 2019. In addition, a total of 410 inadmissibility decisions were adopted in 2020. Available statistics further confirmed the increase of cessation procedures, as a total of 262 decisions to cease subsidiary protection were adopted in 2020. The Portuguese Refugee Council (CPR) continued to observe significant shortcomings in cessation procedures. No refugee status has been ceased however

As a result of COVID-19 measures, the occupancy rate in reception centres decreased and the average accommodation period with the assistance of CPR was significantly reduced from 7 months to 2 and a half months after April 2020. The Council of Ministers further adopted an important resolution in November 2020 establishing a single system of reception and integration of applicants for and beneficiaries of international protection. It foresees inter alia the establishment of a Single Operative Group (SOG) composed of a variety of authorities, institutions and relevant organisations responsible for the coordination and management of the reception system.