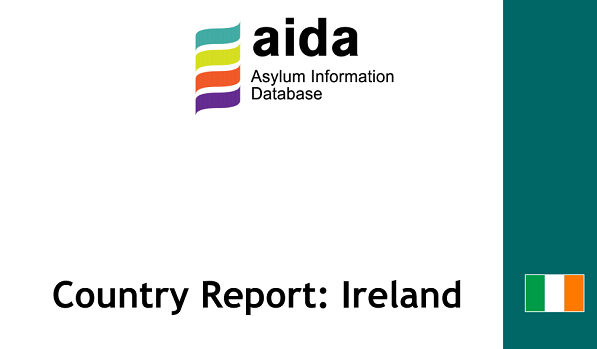 The updated AIDA Country Report on Ireland provides a detailed overview on legislative and practice-related developments in asylum procedures, reception conditions, detention of asylum seekers and content of international protection in 2020.

COVID-19 had a significant impact on the Irish asylum system. The number of applicants for international protection decreased by 67.3% from 1,566 applications in 2020 to 4,781 in 2019.  Restrictions on the operation of the International Protection Office (IPO) have resulted in significant delays to the overall procedure. As of December 2020, individuals whose circumstances fell outside the prioritisation criteria were waiting approximately 18 months for the processing of their application, while those who successfully requested prioritisation were waiting approximately 14 months. Interviews with the IPO and hearings at the International Protection Appeals Tribunal (IPAT) had to be postponed at several occasions throughout the year and remote interview techniques were use at both instances in response to COVID-19.

Ireland has transposed the recast Reception Conditions Directive into Irish law through the enactment of the European Communities (Reception Conditions) Regulations 2018, but the extent to which the provisions of the Regulations have been implemented in practice continues to vary. The National Standards on Direct Provision which are designed to constitute a set of standardised rules for every Direct Provision accommodation centre in Ireland became legally binding on 1 January 2021. Moreover, the report of the Advisory Group on the Provision of Support including Accommodation to Persons in the International Protection Process was published in October 2020. Some of its recommendations were included to the Government’s long-awaited White Paper to End Direct Provision and to Establish a New International Protection Support Service published in February 2021. The latter establishes a variety of measures aimed at ending the system of Direct Provision and replacing it with a revised, not-for-profit model.

In practice, capacity in Direct Provision continued to be a significant issue, with approximately 1,382 asylum seekers housed in emergency accommodation as of September 2020. The housing crisis in Ireland continued to exacerbate the situation, meaning that a significant number of status holders were unable to move out of Direct Provision accommodation owing to a lack of available and affordable housing. Additionally, the onset of the Covid-19 pandemic resulted in the opening of a number of new emergency centres at very short notice so as to enable residents to socially distance and reduce overcrowding. As regards vulnerable groups, no standardised assessment was carried out in respect of applicants throughout 2020, despite this being a clear requirement in law. However, a pilot project was finally introduced at the beginning of 2021. While it is a welcome development, migrants’ rights organisations have expressed concern that the pilot project falls short of national standards and fails to include situations whereby individuals could be at risk of suicide, addiction or domestic violence.

As regards detention, a particular issue of concern emerged following the onset of the pandemic with regard to the spread of Covid-19 in prisons used to hold migrants and asylum seekers. In late November 2020, the European Committee for the Prevention of Torture also released its 7th periodic visit report on Ireland. In the report, the Committee reiterated its long-standing call for Irish authorities to suspend the use of prisons for immigration detention, noting that “a prison is by definition not a suitable place in which to detain someone who is neither suspected nor convicted of a criminal offence.”

The 12-month time limit for family reunification in Ireland was the subject of a challenge of constitutionality before the Supreme Court. In a judgment delivered on 8 December 2020, Justice Dunne determined that the 12-month time limit established pursuant to s.56(8) of the 2015 Act was not unconstitutional nor was it incompatible with the European Convention on Human Rights (ECHR). Justice Dunne also overturned a finding of unconstitutionality concerning a law preventing the recognition, for family reunification purposes, of marriages of refugees which took place after they sought protection in the State.