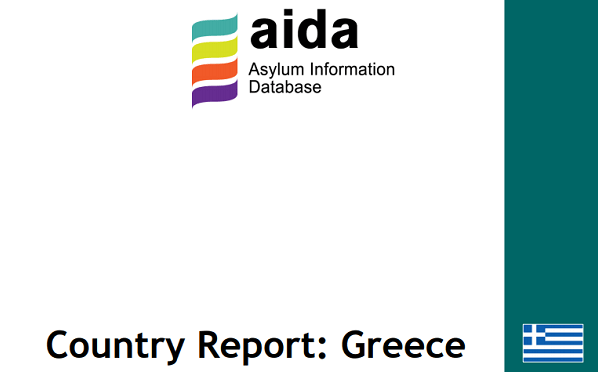 The updated AIDA Country Report on Greece provides a detailed overview on legislative and practice-related developments in asylum procedures, reception conditions, detention of asylum seekers and content of international protection in 2020. While acknowledging the pressure on the Greek authorities, the report shows that fundamental rights of applicants for and beneficiaries of international protection are regularly violated, and that Greece operates in a system of impunity contrary to international and European Union (EU) law.

In 2020, 15,696 refugees and migrants arrived in Greece compared to 59,726 arrivals in 2019, thus marking a decrease of 78.9%. This refers to 9,714 arrivals by sea and 5,982 arrivals through the Greek-Turkish land border of Evros. However, these figures must be read in light of the numerous cases of alleged pushbacks at the Greek-Turkish border and at the Aegean Sea. These unlawful border practices have been systematically reported in 2020 inter alia by UNHCR, the UN Working Group on Arbitrary Detention, the UN Committee against Torture, the UN Special Rapporteur on the human rights of migrants, the Greek National Commission on Human Rights and civil society organisations. Further, the Greek asylum procedure was unlawfully suspended in March 2020 by way of emergency legislative decree, when Turkey announced that it would no longer be preventing refugees and migrants from crossing its borders with Greece.

A total of 40,559 applications for international protection were lodged in 2020, marking a 47.52% decrease compared to 2019. The main countries of origin were Afghanistan (11,514), Syria (7,768) and Pakistan (4,146). Since November 2019, the Greek asylum system is mainly regulated by the International Protection Act (IPA), which was further amended in May 2020. These amendments have been severely criticised by human rights bodies as they further weaken basic guarantees for persons in need of protection and introduce a set of provisions that can lead to arbitrary detention of asylum seekers and third country nationals.

In practice, the recognition rate at first instance in 2020 was 33%, down from 55.9%, in 2019. Important concerns in the decision-making process have been reported inter alia regarding delays and processing times of pending cases (which reached 57,347 cases in 2020); the extended list of ‘manifestly unfounded’ cases; the systematic application of the fast-track border procedure to people arriving by sea on the Aegean islands; as well as the misuse of the safe third country concept – which will need to be further scrutinised now that Turkey has been designated as a safe third country. Effective access to the second instance procedure has been significantly restricted by the IPA and continues to be hindered in practice by the serious lack of legal assistance. Out of the total in-merits second instance decisions issued in 2020, the large majority resulted in rejections (63%).

As regards reception, most temporary camps on the mainland, initially created as emergency accommodation facilities continued to operate throughout 2020. As of December 2020, a total of 28,356 persons were accommodated in mainland camps; 28,148 people were accommodated under the ESTIA II accommodation scheme; and 17,005 persons remained on the Eastern Aegean islands. Asylum seekers subject to the EU-Turkey statement continue to be under geographical restrictions. Overcrowding, a lack of sufficient access to basic services, including medical care, limited sanitary facilities, violence and lack of security continued to pose significant protection risks throughout 2020.The mental health of asylum seekers on the islands also worsened due to disproportionate restrictions imposed on camps and Reception and Identification Centres in the context of COVID-19. Significant issues of homelessness and destitution have been reported throughout the year, affecting thousands of applicants for international protection. Following an amendment introduced in early March 2020, beneficiaries of international protection face greater risks of homelessness as they must leave accommodation facilities within a 30-days period after the granting of international protection.

The number of asylum seekers detained in pre-removal detention facilities in Greece decreased considerably in 2020, as well as the total number of third country nationals under administrative detention. However, the IPA introduced extensive provisions for the detention of asylum seekers and significantly lowered procedural guarantees, thereby violating the principle that detention should be a proportionate and exceptional measure of last resort. Persons belonging to vulnerable groups are detained in practice, without a proper identification of vulnerability and individualised assessment. Beneficiaries of international protection were also systematically detained on public order grounds in 2020. Limited judicial control regarding the lawfulness and the conditions of detention remains a long-lasting matter of concern in Greece.