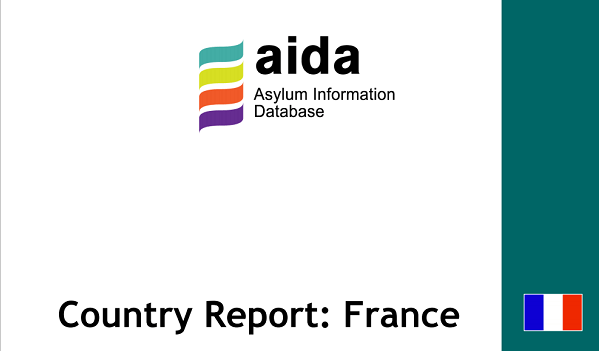 The updated AIDA country report on France documents the most recent developments in the French asylum system, i.e. legislative and practice-related changes in the asylum procedure, reception conditions, detention and content of international protection. It demonstrates that asylum seekers still face significant obstacles in accessing both the asylum procedure and the reception system.

Following the outbreak of COVID-19, registration and asylum related activities were temporarily suspended for nearly two months, from 23 March to 11 May 2020. Subsequently, access to the asylum procedure and to reception conditions were suspended with no alternative solutions. Access to the territory, in particular at the Italian border, remain a serious matter of concern as people continue to be refused entry without any assessment of their protection needs, including unaccompanied minors. In a ruling of 8 July 2020, the Council of State confirmed that by refusing the entry to the territory the authorities had manifestly infringed the right to asylum. Intensified border controls and mass arrests have further resulted in shifting migratory routes, forcing individuals to resort to more dangerous routes through the mountains. Administrative Courts continued to condemn Prefectures for failing to register the asylum applications of people entering through Italy and for prohibiting the access to NGOs and medical assistance for migrants held in de facto detention facilities at the border in Hautes-Alpes.

As regards key figures at first instance, a total of 93,426 persons applied for international protection in 2020, out of which 81,669 were first time applicants. The Office of Protection of Refugees and Stateless Persons (OFPRA) issued a 70,036 first instance decisions and the recognition rate stood at 19.8% at first instance, while the backlog of pending cases reached a total of 84,000, up from 74,385 in 2019. The average length of the procedure was 262 days, up from 161 days in 2019. At second instance, a significant ruling was issued by the National Court of Asylum (CNDA) on 19 November 2020 regarding Afghan nationals, the nationality of the majority of applicants in the country since 2018. It put an end to its previous ‘Kabul jurisprudence’ which allowed Afghan nationals to be largely protected in France. As a consequence individual circumstances need to be assessed on a case-by-case basis leaving Afghan nationals at risk of return.

The significant lack of capacity of the reception system persisted. At the end of 2020, only about 51% of asylum seekers eligible for material reception conditions were accommodated, compared to 48% in 2019 and 44% in 2018. This resulted in serious issues of homelessness and destitution. Informal settlements and camps are regularly dismantled in big cities or in the North of France (e.g. Calais, Grande Synthe) where more than 1,000 migrants were living in early 2021 despite police repression. The brutality of these evictions, including reports of abuse, excessive force and violence, are regularly reported as a serious matter of concern. In December 2020, a “national plan for the reception of asylum seekers and the integration of refugees for 2021-2023″ was published. It foresees inter alia the possibility to adapt the reception system to the migration context, a better distribution of asylum seekers across national territory as well as measures aimed at identifying and providing support to vulnerable groups. It remains to be seen how the latter will be implemented in practice.

As regards detention, the European Committee for the Prevention of Torture (CPT) flagged several concerns on detention conditions in the context of immigration in France. Similarly, the Controller General of Places of Deprivation of Liberty voiced concerns about the situation in pre-removal detention facilities, including waiting zones at the border, which put the detainees’ health at risk. By the end of 2020, the detention framework was adapted to the health crisis in certain respects but other aspects remained problematic.

COVID-19 further impacted the integration process of beneficiaries of international protection, inter alia by adding obstacles to the access to employment, education and housing. Nevertheless, an important ruling was issued regarding their right to family reunification, as the Council of State concluded in January 2021 that family reunification procedures should not be limited in the context of the health crisis.