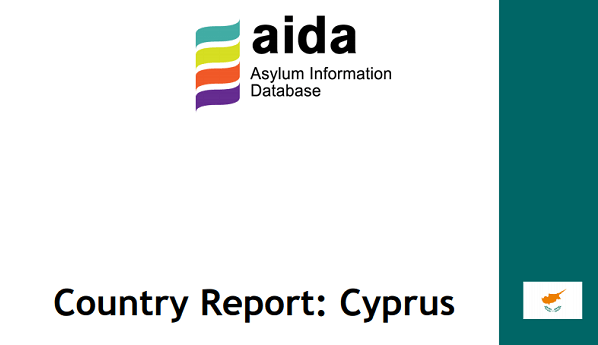 The updated AIDA country report on Cyprus documents the most recent developments in the national asylum system, i.e. legislative and practice-related changes in the asylum procedure, reception conditions, detention and content of international protection.

For the first time, Cypriot authorities in 2020 initiated push back operations. Incidents involving boats carrying mainly Syrians, Lebanese and Palestinians who had departed from Turkey or Lebanon. Nine such push backs were documented in total, although additional failed attempts of boats trying to reach Cyprus from Lebanon were reported. These illegal border practices were heavily criticised, including by the Council of Europe Commissioner for Human Rights, Dunja Mijatović who urged the Cypriot authorities to ensure that independent and effective investigations are carried out in this context. Access to the asylum procedure was suspended from March to May 2020. Given that this suspension was not officially announced, it remains unclear whether the measure was taken in response to COVID-19 or the number of applicants. Although lockdown measures were lifted in May 2020, and new arrivals of asylum seekers was at an all-time low, access to asylum did not return to normal until August 2020 and only after repeated interventions toward the authorities.

A total of 6,651 new asylum applications were lodged in 2020 and the recognition rate stood at 27.2%, while the number of pending cases continued to increase, reaching a record level of 19,660 cases at the end of the year. The average length of the asylum procedure at first instance continues to be a serious matter of concern, reaching up to 2 or 3 years in most cases. However, efforts are made by the Asylum Service, with support from EASO, to increase the number of caseworkers and improve the examination of vulnerable cases.

A key legislative change, which required amending the Constitution, reduced the time limits to appeal decisions before the International Protection Administrative Court (IPAC). Appeal deadlines were reduced from 75 days to 30 days for decisions issued in the regular procedure, and to 15 days for decisions issued in special procedures. Moreover, a new list of safe countries was published in May 2020, increasing the number of safe countries of origin from 1 to 21 countries. The aim of this expansion was to examine all applications from safe countries under the accelerated procedure, but in practice the latter was rarely used in 2020.

Important issues were also reported regarding the reception system. This includes very long stays and a de facto detention regime being applied at the ‘Pournara’ centre, the First Reception Centre in Cyprus. In order to address arrivals under the Government’s Action Plan, and in the context of COVID-19, individuals were not allowed to leave the centre where they remained for up to 5-6 months. Only 10 to 20 persons were allowed to leave the centre per day, in particular vulnerable groups, if they could present a valid address. This has resulted in additional obstacles to accessing accommodation, homelessness as well as severe overcrowding and substandard living conditions as more than 1,500 persons were accommodated in a centre that only has capacity for 1,000 persons.

2020 was also marked by an increase in and length of detention. While asylum seekers used to be detained for 1 or 2 months in 2019, they were subject to indefinite detention in 2020; i.e. release was allowed only when granted international protection. Moreover, asylum seekers and other third-country nationals continued to be detained regardless of the suspension of removal procedures due to COVID-19. A substantial increase in the use of holding cells in police stations for detention purposes were also reported, the standards of which are considered unacceptable.