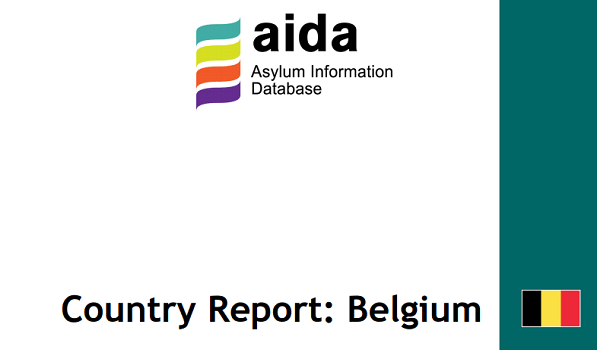 The updated AIDA Country Report on Belgium tracks recent developments in the area of asylum procedures, reception conditions, detention of asylum seekers and content of international protection in 2020.

In the light of the covid-19 sanitary measures, the CGRS announced in November 2020 that, in certain cases, it would conduct interviews with people residing in open reception centres through videoconference. The aim was to introduce interviews by videoconference on a structural level. However, civil society organisations instituted an urgency procedure before the Council of State against this decision, arguing the CGRS had no legal competence to take this decision. In a judgment of 7 December 2020, the Council of State suspended the decision, ruling that the CGRS had indeed overstepped its competences. Any adaptations of the conditions of the personal interview ought to be taken by Royal decree or law. In one later judgment, the CALL extended the ruling of the Council of State to the longstanding practice of interviews through videoconference for people residing in closed detention centres given that, here too, that practice was based solely on a CGRS decision. The CGRS now expressed its intention to recommend the Secretary of State to take legal initiative to ground interviews through videoconference in the Royal Decree.

In February 2020 the Immigration Office also started a new practice with regards to the organisation of the voluntary return procedure for applicants who had received a negative Dublin transfer decision with order to leave the territory (annex 26quater). Upon receiving this decision, applicants had to fill in a ‘voluntary return form’, confirming they would cooperate with their transfer to the responsible member state, and send this back to the Immigration Office within ten days. If they failed to do so, the transfer deadline would be extended from 6 to 18 months. In July 2020 the CALL ruled this practice to be in conflict with the CJUE Jawo judgement and its definition of the term ‘absconded’. Based on this judgement, the Immigration Office ended this practice altogether in July 2020.

Due to the critical reception capacity at the beginning of 2020, policy measures were adopted to withdraw reception conditions of certain asylum applicants. Through instructions of 3 January 2020, Fedasil limited the material reception to medical assistance to applicants for international protection who have received a transfer decision on the basis of the Dublin III Regulation, but for whom Belgium becomes responsible by default due to failure to transfer within the six months deadlines; and for applicants for international protection who make a first application in Belgium but who already have an international protection status in another EU Member State. Several NGOs introduced an appeal with the Council of State aiming for the suspension and the annulment of the Fedasil instructions. In September 2020, just prior to the hearing before the Council of State, Fedasil withdrew the instructions of 3 January 2020. Both categories of asylum seekers have thus since regained their full right to material assistance, including reception, during their asylum procedure.