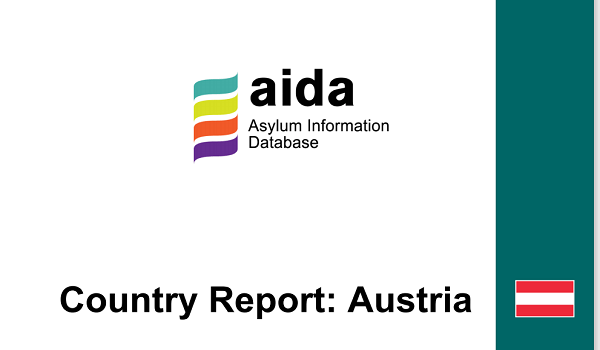 The updated AIDA Country Report on Austria provides a detailed overview on legislative and practice-related developments in asylum procedures, reception conditions, detention of asylum seekers and content of international protection in 2020.

Access to the territory remained restricted in 2020. This is due inter alia to the much criticised COVID-19 restrictions in force from March to April 2020 which foresaw the obligation to submit a valid health certificate in order to be allowed entry, thereby undermining the right to asylum, as well as the re-introduction of temporary border controls up until 11 May 2021. Allegations of illegal pushbacks were also reported at the Slovenian and Hungarian borders. Persons have been summarily returned to Slovenia based on a readmission agreement with no assessment of their protection needs.

In 2020, a total of 14,192 applications for international protection were lodged, marking an increase of 10% compared to 12,886 applications in 2019. The average duration of the procedure at first instance increased from 2.3 months in 2019 to 3.9 months in 2020, mainly due to COVID-19. The Austrian Ombudsman continued to receive complaints on the length of and deficiencies in the first instance procedure. As regards decision-making, refugee status was granted to 7,710 persons and subsidiary protection to 2,435 persons. The number of rejections is higher but detailed figures were not made available by the Ministry of Interior, thus making it impossible to provide a recognition rate at this stage. A total of 21,217 cases were pending both at first and second instance by the end of 2020.

The main change in Austria remains the new state-run legal assistance system carried out by the Federal Agency BBU GmbH which began providing legal counselling in asylum procedures at the start of 2021. This means that funding for the provision of legal assistance by NGOs was officially suspended in 2020. Important concerns were raised regarding the structural independence and impartiality of the new Federal Agency in light of the risk of undermining the right to an effective remedy. The responsibility for the provision of basic care also shifted to the new Federal Agency in December 2020.

A poor management of the COVID-19 crisis in reception centres was reported in 2020, resulting in lengthy quarantine periods in federal facilities and inadequate reception conditions for asylum seekers. This also affected vulnerable groups such as a high number of unaccompanied children who had to stay in inadequate federal facilities due to a lack of communication between states and deficient COVID-19 test strategies. The duration of detention of asylum seekers also increased significantly from 28.9 days in 2019 to 83.3 days in 2020 as a result of the impossibility to deport rejected asylum seekers in the context of COVID-19. Nevertheless, this situation also led to an increased use of alternatives to detention, reaching up to 677 cases in 2020 compared to only 270 cases between 2016 and 2018.

The Federal Office for Immigration and Asylum (BFA) continued to initiate a high number of cessation and withdrawal procedures, affecting in particular beneficiaries of protection from Russia, Syria and Afghanistan. Available statistics do not distinguish between the two procedures but indicate that they were initiated in nearly 7,800 cases in 2020. As a result, the asylum status was ceased or withdrawn in more than 1,300 cases; and in nearly 500 cases for beneficiaries of subsidiary protection. While there is no further information available on whether these decisions were enforced, challenged or appealed, they confirm that the determining authority increasingly resorts to cessation and withdrawal procedures.