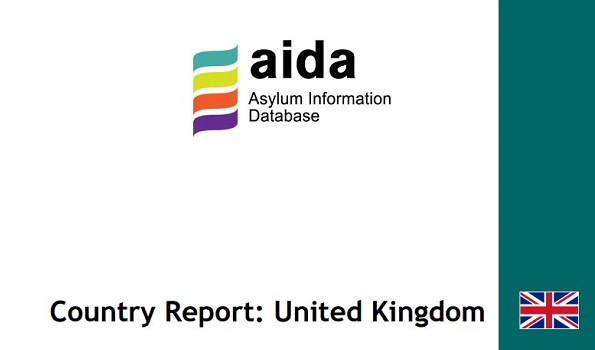 The updated country report on the United Kingdom documents developments in the area of asylum procedures, reception conditions, detention of asylum seekers and content of international protection in 2019.

As the United Kingdom (UK) left the European Union (EU) on 31 January 2020, there is now a transition period until the end of 2020 while the UK and EU negotiate future arrangements. The post 2020 arrangements regarding people seeking asylum, particularly in relation to the Dublin III Regulation, are not yet clear. At the beginning of 2019, the Court of Justice of the European Union (CJEU) ruled that the UK’s notification of intention to leave the EU does not entail an obligation on other Member States to make use of the sovereignty clause or to take into consideration the best interests of the child and to examine asylum applications themselves. There has been much discussion about the future of the family unity clauses in the Dublin Regulation once the UK leaves the EU.

In 2019 there were 44,494 applicants for international protection in the United Kingdom. No major legislative changes regarding international protection took place in 2019. A report entitled “Lessons not Learned: the failures of asylum decision-making in the UK” was published in 2019 documenting flawed credibility assessments. It finds that the current system places an unrealistic and unlawful evidential burden on asylum applicants. It compiles findings from over 50 publications issued over the last fifteen years on the quality of decision-making processes in the UK Home Office. Built on an analysis of over 1,800 asylum cases and 140 interviews, the report charts the consistent failure of the Home Office to implement recommendations to improve procedures.

The main development in jurisprudence was the final judgment in the case of applicants detained purely for the purpose of Dublin transfers, from the Supreme Court. On 27 November 2019, the Supreme Court unanimously rejected an appeal by the UK Home Office to overturn a landmark ruling from the Court of Appeal declaring the detention of asylum seekers while their cases were being assessed in the Dublin Procedure unlawful. The case concerns the pre-removal detention of five Iraqi and Afghan nationals during the Dublin procedure. Under the Dublin III regulation only people considered at “significant risk of absconding” can be detained and none of the five people in question were categorized as such by the UK Home Office admission. The ruling could potentially affect thousands of people unlawfully detained during the period between January 2014 when the Dublin III regulation came into force and March 2017 when the UK regulations were changed.