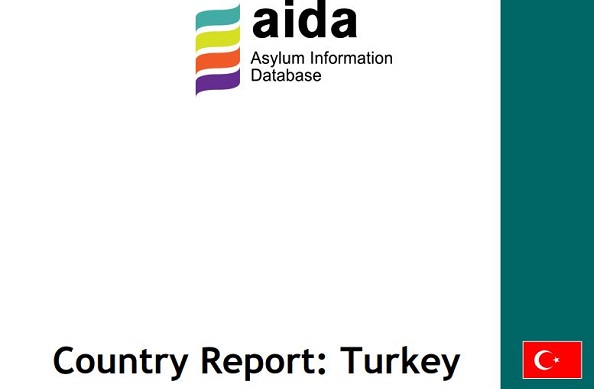 The updated Country Report on Turkey documents the main developments in the area of asylum procedures, reception conditions, detention of asylum seekers and content of international and temporary protection in 2019.

Turkey currently hosts both a population of over 3,5 million refugees from neighbouring Syria and several hundred thousand asylum seekers and beneficiaries of protection of other nationalities, mainly originating from Iraq, Afghanistan, Iran and Somalia. These two populations of protection seekers are subject to two different sets of asylum rules and procedures. In line with the legislative framework the report is divided into two sections, the first on international protection and the second on temporary protection (for Syrian nationals and stateless Palestinians originating from Syria).

The European Union (EU) continued to provide funding and support to the Turkish authorities through the EU-Turkey statement in 2019, including considerable sums for education. The EU also provides significant funding for detention in Turkey thus supporting the construction of 6 detention centres with six more centres to be co-financed.

Detention increased considerably in 2019 as the authorities started in July to apprehend irregular migrants and Syrians who were not registered in Istanbul. There was a ripple effect across Turkey as those apprehended were sent to removal centres and temporary accommodation centres in different cities with reports of increases in deportations, cancellations of temporary protection and pressure on the registration process for new applicants. There were also concerns of enforced returns to Syria. There was a stand-off between the EU and Turkey in early 2020 as Turkey opened its borders to Europe whilst Greece temporarily closed its borders, including to refugees, resulting in inhumane conditions at the Greek-Turkish border. On March 27, Turkey’s interior ministry announced that Turkey had removed all the remaining migrants away from the Turkish-Greek border, as a precaution amid the coronavirus pandemic.

The Directorate-General for Migration Management (DGMM) issued a new strategy, the Cohesion Strategy and National Action Plan, according to which six thematic areas are to be addressed by DGMM: social cohesion, information, education, health, labour market and social support. The authorities have been working closely with the Association for Solidarity with Asylum-Seekers and Migrants (SGDD-ASAM), the Refugee Support Centre (MUDEM) and community-based organisations on these issues in 2019.

In the context of the implementation of the EU-Turkey statement between 4 April 2016 and 31 January 2020, Turkey readmitted a total of 2,054 persons from Greece including citizens of Pakistan, Syria, Algeria, Afghanistan, Iraq and Bangladesh. As of March 2020, 26,135 Syrians had been resettled (since 2016) to the EU under the 1:1 scheme.

Since the takeover of the registration process by DGMM and the termination of UNHCR’s registration activities, there have been severe obstacles to accessing the international protection procedure particularly for Afghan nationals, which continued in 2019. It is often unclear which “satellite city” is open to applications and applicants still have problems having to travel to the assigned province without being provided documentation to attest their intention to seek international protection, thus facing risks of arrest and detention. Intensified police checks and apprehension of persons found outside their assigned “satellite city” have led to an increase in detention in Removal Centres, even though there is no basis in the LFIP for detaining an applicant for violating residence restrictions. Detention capacity also increased in 2019 with a total of 28 active Removal Centres accommodating 20,000 persons.

One of the most prominent shortcomings of Turkey’s legal framework for asylum remains the failure to commit to providing state-funded accommodation to international protection applicants. International protection applicants and status holders must secure their own accommodation by their own means and financial assistance to cover housing expenses is not provided. There is only one remaining Reception and Accommodation Centre in operation in the province of Yozgat with a modest capacity of 100 places. As a result, many applicants are left destitute and homeless, live in poor conditions and are at risk of serious human rights violations.

In 2018 the Constitutional Court launched a pilot procedure to examine whether high numbers of requests for interim measures stemmed from a structural problem to protection from refoulement. It published its decision in July 2019, ruling that appeals against removal should have automatic suspensive effect. This has led to a legal amendment of Articles 53(3) and 54(1) LFIP and appeals now often stop deportations, thus strengthening the rights to prevent refoulement.

Temporary protection: The issues mentioned above on the registration of applicants for international protection also apply to the registration of individuals falling under the temporary protection procedure. Additional issues relate to the significant delays in security checks and pre-registration which may take several months depending on the province. This is exacerbated by a lack of interpreters and other practical impediments to registration such as errors on the part of DGMM officials, which may only be corrected following time-consuming legal intervention.

Many stakeholders have expressed serious concerns on the enforced signing of voluntary return forms in 2019, particularly from detention. This included providing wrong and/or misleading information as well as intimidation.

The number of temporary accommodation centres (TACS) is steadily reducing. In 2019 a further six TACs closed. A one-off cash relocation assistance package to cover transportation, rent and immediate needs was provided to over 77,800 refugees (15,400 families) choosing to move out of the TACs. As of 27 February 2020, the total population of temporary protection beneficiaries registered with Turkish authorities was listed as 3,587,266, of which less than 2% were accommodated in the TACs, whereas 3,523,218 were resident outside the camps. However, many of them face several important issues after having been moved out including social cohesion, language barriers, access to services and housing. This can result in poor living conditions and incidents of tension, discrimination as well as violence with locals.