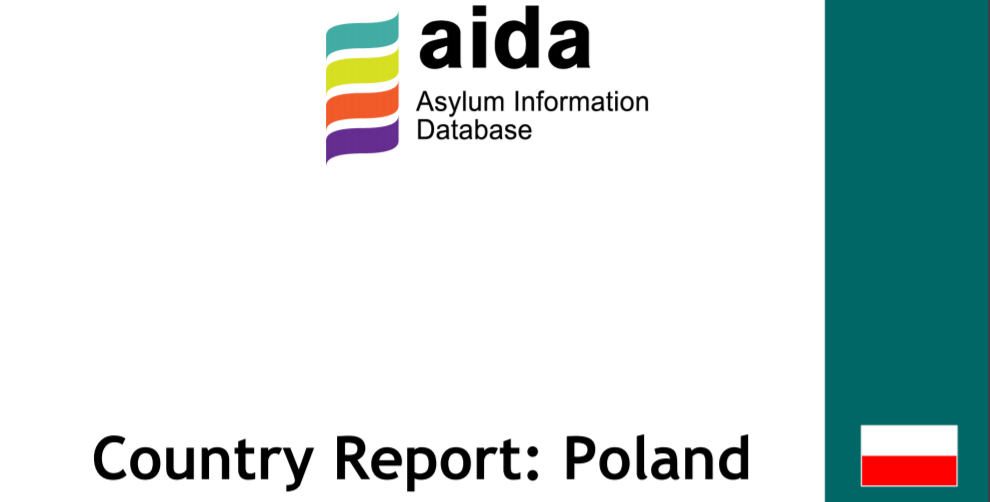 The updated Country Report on Poland provides a detailed overview of the main developments in the area of asylum procedures, reception conditions, detention of asylum seekers and content of international protection in 2019.

Asylum procedure: Access to the territory and to the asylum procedure at the border in Terespol remains one of the main challenges in 2019, with about 4,378 persons being refused entry there. While civil society organisations and other actors continue to document unlawful practices and incidents occurring at the border, the Polish government denies any allegations in this regard. Moreover, there is still no border procedure in Poland, but the bill that had been presented in 2017 with the aim to introduce such a procedure has been updated in 2019. The latter also provides for the adoption of a list of safe countries of origin and safe third countries. Several NGOs raised concerns and commented on the bill, which was still under discussion as of February 2020.

Other issues reported during the asylum procedure relate to improper interpretation, for which asylum seekers are sometimes being held responsible, as well as issues in the recording of interviews. Despite the new call for proposal for funding possibilities which finally opened to NGOs in 2019 after three years of suspension, access to legal assistance remains severely limited in practice.

The main development in 2019 concerns onward appeals to the Administrative Courts, as the latter have started to suspend the enforcement of negative decisions during appeal proceedings, thus protecting applicants against refoulement during this time. The Supreme Administrative Court also issued judgements in 2019 in which the suspensive effect was upheld.

Reception conditions: Practical obstacles to access reception persisted in 2019 and health care services remained unsatisfactory, affecting in particular asylum seekers in need of costly treatments. Moreover, vulnerability assessments by medical experts are rarely conducted. In 2019, the UN Committee against Torture highlighted the issue of a lack of appointment of experts to determine whether foreigners are victims of torture.

Detention of asylum seekers: Several issues were reported with regard to the detention of asylum seekers. This includes the length of detention, as it is often ordered for the maximum 6 months period permissible under law, as well as the lack procedural safeguards for the review of detention. Vulnerable applicants such as families with children and victims of violence are still being detained in Poland. As confirmed by the UN Committee against Torture,  there is no effective identification and referral mechanism in place to protect vulnerable applicants from detention and the best interest of the child is rarely examined, despite a legal obligation to do so.

The situation of vulnerable applicants in detention centres is further being litigated both at national and European level. The Polish Government recognised itself a violation of Article 8 of the European Convention on Human Rights (ECHR) in the case of Bilalova against Poland which concerned a lack of assessment of the child’s best interest and the fact that alternatives to detention were not considered.

Content of international protection :Beneficiaries of international protection in Poland continue to face serious obstacles in securing accommodation, thus resulting in homelessness and destitution. This is due to the general lack of social housing which also affects nationals. Moreover, general conditions to access housing under the law are difficult to fulfill for beneficiaries of protection, which is exarceberated by high prices and discrimination.

As regards long-term residence permits, a report published by the Institute of Public Affairs in 2019 emphasised that Poland represents the country with the least favorable conditions, applying high fees and costs which constitute burdensome obstacles for beneficiaries of international protection given the very low level of social assistance.

Covid-19 measures: An ‘information box’ placed at the very beginning of the AIDA report further provides a brief overview of key COVID 19 measures which have an impact on the situation of asylum seekers and beneficiaries of protection.