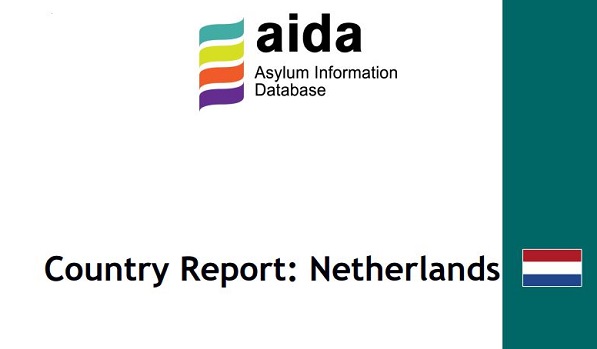 The updated country report on the Netherlands documents developments in the area of asylum procedures, reception conditions, detention of asylum seekers and content of international protection in 2019.

2019 has been marked by a significant delay in the asylum procedure, which further continued in 2020. In February 2020, almost 9,000 asylum seekers were still awaiting – some of them for almost two years – the start of their asylum procedure. Asylum seekers stay in a rest and preparation period, which should normally take around six days after which the actual asylum procedure should start. In 2018, this period has been considerably extended. Due to capacity problems within the Immigration Authorities (IND), this has not changed in 2019. The rest and preparation period still takes about 12 months (in general 47 weeks) before the general asylum procedure takes place. The Secretary of State of Justice announced that it will be difficult to reduce the delay by 2021, but measures are being taken to limit the delay. The Dutch Council for Refugees reported that the excessive waiting time in the rest and preparation period created tension in the centers and serious concerns among asylum seekers about family reunification.

Due to the long waiting times at the IND, applicants also spend longer periods in the reception centres. The COA has announced that they will need 5000 extra places in 2020 due to this development. At the end of 2019, the State Secretary announced she wanted to open separate reception locations for applicants originating from safe countries of origin. However, at this point there have been no concrete plans for these locations.

In January 2019 the State Secretary of Justice introduced a new policy regarding the registration procedure. At the start of the registration procedure every asylum seeker has to complete an extensive form and an (extensive) interview. The first interview at the start of the asylum procedure has become a so-called verification interview. Changes in the procedure of subsequent applications also occurred. As of 1 July 2019 a new procedure regarding lodging and assessing subsequent asylum applications is applicable. Asylum seekers have to submit a fully completed form. The IND will not continue to examine the subsequent application if the asylum seeker lacks providing (sufficient) relevant information to the opinion of the IND. Another adjustment is that an interview will not always take place when assessing a subsequent asylum application.

At the same time the reform of free legal assistance is still ongoing. Previous years the Dutch administration announced that free legal assistance at first instance would be limited to the moment when an asylum seeker has to submit his or her views against the IND written intention to reject the application. As a result, the applicant will not be able to discuss his or her case before the start of the actual asylum procedure. To implement this measure, the Decree on Legal Aid Fees has to be amended. The Secretary of Justice has announced that a proposal to adjust the Decree is currently being prepared.

Please note that this report has been written prior to the outbreak of COVID-19 in the Netherlands. Subsequently measures have been taken to limit access to the asylum procedure for newly arrived asylum seekers. These measures do not figure throughout the AIDA report. However, a brief overview can be found at the start of the section ‘Overview of the main changes since the previous report update’.

For the latest update on COVID-19 related measures consult the Dutch Immigration and Naturalisation Service.