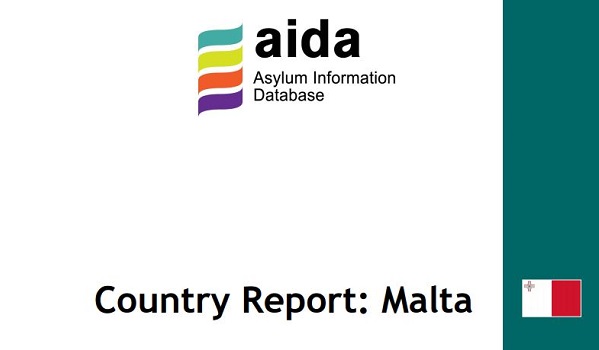 The updated Country Report on Malta provides a detailed overview of the main developments in the area of asylum procedures, reception conditions, detention of asylum seekers and content of international protection in 2019.

2019 saw an increase in sea arrivals to Malta due to the ending of an informal agreement between Malta and Italy where Italy had agreed for migrants rescued in Maltese territorial waters to be disembarked in Italy. As a result of the rise in arrivals and the saturation of the reception system, the Maltese authorities in 2019 decided to detain each and every person arriving irregularly to the country under national health regulations.  Such systematic detention is applicable to unaccompanied children, families and vulnerable persons and it has been implemented on the ground that there is a reasonable suspicion that new arrivals might spread contagious diseases. The health regulations allow the authorities to restrict a person’s movements for up to four weeks – with a possible extension of up to ten weeks – on suspicion that a disease may be spread. In practice, no form of assessment is conducted, and applicants are only provided with a simple document stating the duration of detention. In addition, despite the limitation on the duration of detention as provided by the health regulations, it has been observed that applicants would not be released even after they were medically screened and cleared. Instead, individuals would only be released when a place is made available in open centres. This is also the case for children and vulnerable persons.

Alongside triggering the systematic implementation of detention for new arrivals, the inadequate space in reception centres, which reached full capacity in 2019, has also exacerbated the nefarious conditions in reception centres in the country. As such, the lack of space and resources have led to overcrowded reception centres and a severe deterioration of reception conditions. Several riots took place throughout 2019 as residents complained about the extreme degradation of conditions. In addition, evictions have taken place to make space for new residents resulting in a number of asylum-seekers becoming homeless.

Last, it is to be noted that the report has largely been written prior to the outbreak of COVID-19 in Malta. However, it does include recent information relating to the Maltese government’s announcement that in light of COVID-19 Malta can no longer “guarantee the rescue of prohibited immigrants on board of any boats, ships or other vessels, nor to ensure the availability of a “safe place” on Maltese territory to any persons rescued at sea”. Several days after this statement, the International Organization for Migration confirmed that five people were found dead in a boat left stranded in Maltese waters with others missing and presumed dead. The boat had been left floating in Malta’s Search and Rescue zone for several days before it was intercepted by a commercial vessel and handed over to the Libyan coast guards. The survivors were then placed in detention in Tripoli.