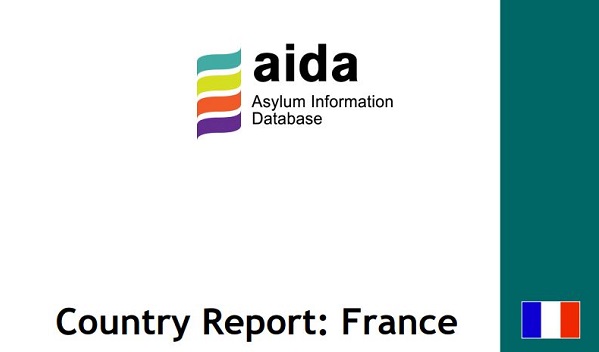 Access to the territory: In 2019, France notified the European Commission of the temporary reintroduction of border control at internal borders until 30 April 2020. The Council of State has further validated in October 2019 a decision of reintroduction of temporary border controls that had been taken in 2018. The practice of systematic refusal of entry of persons arriving at the Italian land border persisted in 2019 regardless of protection needs of asylum seekers, including unaccompanied minors.

Asylum procedures: The length of the asylum procedure remains a concern. While the average waiting time to register asylum claims has decreased since 2018, the Council of State confirmed in July 2019 that waiting times remained an issue and ordered the authorities to take measures to comply with the time limits laid down in law. In the Ile-de-France region, asylum seekers face an additional administrative layer in the registration process resulting from the telephone appointment system operated by the French Office of Immigration and Integration (OFII). In November 2019, the Administrative Court of Paris thus ordered the Prefecture to increase the number of daily appointments.

Reception conditions: France is still failing to meet its obligation to provide accommodation to all asylum seekers as less than 50% of asylum seekers were accommodated at the end of 2019. Due to the lack of places, several informal camps are still present as of early 2020, despite many dismantlement operations by the authorities. Other restrictive measures impacting the access to reception conditions is the heavily criticised introduction of a 3 months residence requirement before asylum seekers can benefit from the universal healthcare insurance (PUMA), as well as the fact that the credit card on which the financial allowance is being provided to asylum seekers can no longer be used for withdrawing cash.

Detention: In 2019, the maximum length of detention has been extended from 45 to 90 days. As a result, tensions and violence in detention centres are increasing. Several issues regarding detention conditons have been reported throughout the year, including by the European committee for the prevention of torture (CPT) in its recent report on detention conditions in the context of immigration in France published in March 2020.

Covid-19 measures: Following the Covid-19 outbreak at the beginning of 2020, measures have been taken to limit access to the asylum procedure for newly arrived asylum seekers. These measures do not figure throughout the country report, but a brief overview can be found at the start of the section ‘Overview of the main changes since the previous report update’.