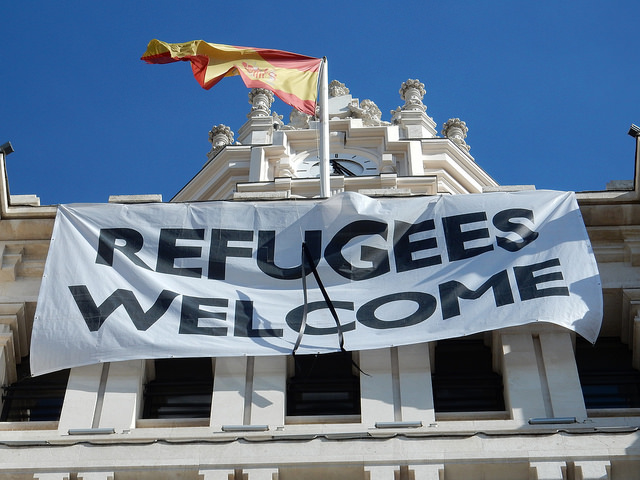 The majority of new arrivals came by sea. Almost 21,258 persons arrived in Spanish shores by boat, leading to a second year of record numbers of arrivals since the “Crisis de los Cayucos” in 2006. All persons rescued at sea are issued an expulsion order. If the order cannot be executed within a period of 72 hours, they are transferred to detention in a Detention Centre for Foreigners (CIE) in order to proceed with the expulsion. The majority of migrants who are sent there are eventually not removed from the country.

Delays in registration of asylum applications have persisted in 2017. In the summer, media reports showed long lines of asylum seekers waiting for their appointment to lodge their asylum claim in front of the offices of the Office for Asylum and Refuge (OAR) in Madrid. At the time of writing, the average waiting time for an appointment is 6 months. In 2017, the average duration of the procedure was 9.2 months for Syrians, 16.8 months for Afghans and 20 months for Iraqis. The overall average processing time in 2017 was reported at 431 days or 14.4 months.

The increase in the number of arrivals of asylum seekers in Madrid Barajas Airport during the summer of 2017, which saw applications quadrupling the number registered in 2016, resulted in overcrowding and inadequate conditions in border facilities at the airport and severe difficulties for the OAR and police to regularly register and process the admissibility of applications, often resulting in allowing entry into the territory before taking a decision on the application under the border procedure. That said, the Ombudsman documented cases of persons who were kept in the airport facility longer than the prescribed time limit under the border procedure.

The number of CIE rose to 9 in 2017, including the provisional CIE established in the prison of Archidona in Málaga. The latter was closed in January 2018 following severe criticism. CIE have been the object of high public, media and NGO attention during 2017 due to several episodes that took place throughout the year: Barcelona (July 2017), Aluche (October 2017), Murcia (November 2017). Worrying conditions have also been reported in police stations where people are held upon arrival by boat.