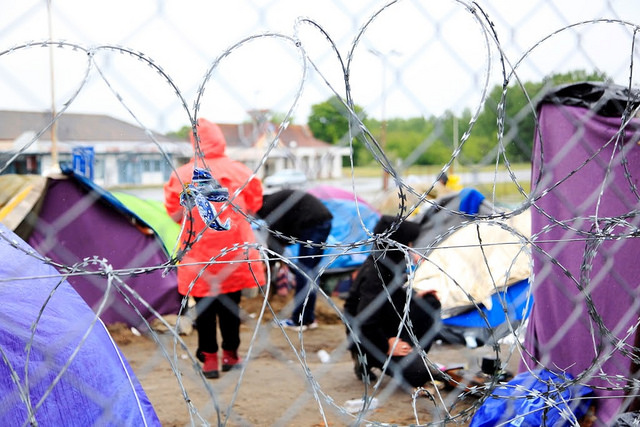 The updated AIDA reports on Hungary, Serbia and Bulgaria track developments and persisting issues of concern in the treatment of people in need of international protection throughout 2017.

Access to the territory remains a critical regional problem as successive push backs continue to be reported at the borders of all three countries. Hungary and Bulgaria remain at the forefront of debates on responsibility for refugee protection in Europe, with more countries suspending transfers thereto under the Dublin Regulation on account of serious human rights risks. Hungary and Bulgaria received 129 and 446 in 2017, the majority from Germany.

Since March 2017 asylum applications to Hungary can only be submitted in the transit zones at the border with Serbia unless the applicant is already residing lawfully in the territory of Hungary. The procedure in the transit zones is now the rule rather than a border procedure. Asylum seekers including unaccompanied children over 14 years of age and other vulnerable persons, are automatically detained in the transit zones for the whole duration of the asylum procedure, without any legal basis for detention or judicial remedies.

Asylum applicants in Bulgaria from countries such as Algeria, Bangladesh, Pakistan, Sri Lanka, Turkey and Ukraine are discriminated and treated as manifestly unfounded, with 0% recognition rates. The same approach is applied to asylum seekers from Afghanistan who were subject to a 1.5% recognition rate in 2017, and who were the top nationality of applicants in Bulgaria.

*This information was first published by AIDA in more detailed versions: Hungary/Serbia & Bulgaria