Afghanistan: Deportations from Germany temporary halted due to attack 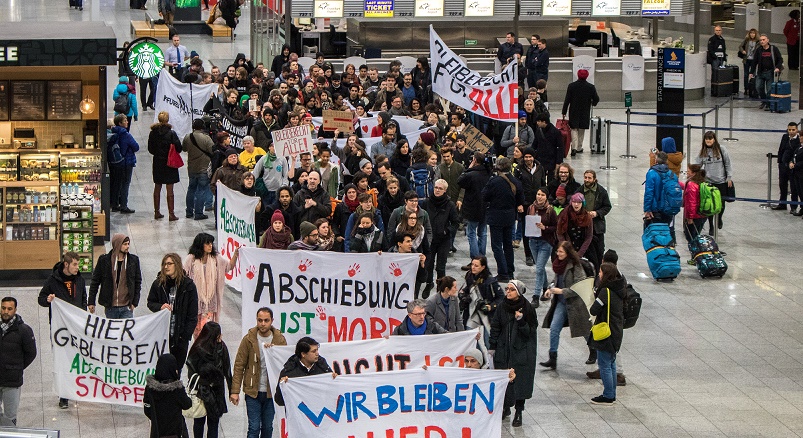 A planned deportation flight from Germany was cancelled on Wednesday, following an attack close to the German embassy in Kabul that killed 80 people and injured more than 350.

German Interior Minister Thomas de Maziere stated that employees at the German embassy were in the aftermath of the attack too busy to deal with the deportations, adding: “But it is and remains the case that deportations must be carried out according to our laws. This principle applies to Afghanistan, especially for criminals, and we will continue to go down this path.” German chancellor Angela Merkel stated in response to the attacks that an individual assessment should forgo each deportation order to Afghanistan.

Media reports that a few hours before the attack a plane landed with rejected asylum seekers from Sweden. According to the organisation, Afghanistan Migrants Advice and Support Organisation, 13 deportees from Sweden and 17 from Austria arrived at Kabul airport at 10 in the morning local time on Wednesday. Following the attacks, Sweden did not confirm any possible policy changes in regard to deportations to Afghanistan, media reports.

Meanwhile, returns from Iran and Pakistan to Afghanistan also continue. As of May 27, 2017 according to IOM’s Weekly Situation Report a total of 65,073 Afghan national have been returned from Pakistan since January 1 and 139,901 from Iran. This week the European Commission has announced a € 44 million aid package to support internally displaced people in Afghanistan, as well as Afghan refugees in Pakistan and Iran. In October last year, the Joint Way Forward agreement was signed. In the run up to the agreement, leaked policy documents illustrated how the EU is pressuring Afghanistan to take back Afghan nationals who were refused international protection in Europe and failed to return voluntarily in exchange for aid.

The Global Peace Index (GPI) 2017 which was published on June 1 saw the continuation of several negative trends from ongoing conflict including Afghanistan, which is at rank 164 among the least peaceful countries in the world. According to the UNAMA (United Nations Assistance Mission in Afghanistan) latest civilian causality data in the first quarter of 2017 there have 2,181 documented civilian causalities, among which 715 are dead and 1,466 injured.