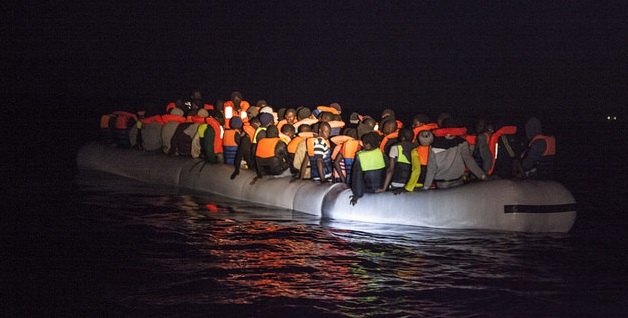 34 people, including 2 children, have been found dead after a ship which was carrying approximately 60 refugees came into distress in the early hours of Sunday morning. The people on board called the Coordination Center for Maritime Rescue as the ship started to sink while still in the Moroccan Alawi rescue zone, but no help reached them for 36 hours.

Helena Maleno, founder of the Spanish NGO Caminando Fronteras (Walking Borders) said that the Spanish Maritime Safety and Rescue Agency had received a distress call from the passengers early on Sunday morning, giving them the boat’s approximate location. However, with the ship still within Morocco’s geographical jurisdiction, the Spanish authorities then conveyed the call to the Moroccan authorities, who did not reach the boat until Monday afternoon. According to Reuters, Helena Maleno said “Morocco and Spain cooperate closely at the security level to crack down on trafficking networks but they are not doing enough to save lives at sea”.

Just last week, a 22 year old law student who was also attempting to cross from Morocco to Spain was shot dead by the Navy, who claimed that they were forced to open fire (carrying 25 people) because the Spanish captain was refusing to obey orders. Another person injured by the shooting was left in a critical condition in hospital facing a leg amputation.

Morocco says it has intercepted over 54,000 attempted migrant crossings to Spain in the last six months in alone. However the incident comes amid a sharp rise in the number of refugees dying in the Mediterranean, with more than 1,700 deaths recorded this year by IOM as of the 2 October. In Spain there have been more than double the number of deaths of refugees at sea than within the same time timeframe of 2017.

IOM express further concern; “In the past two weeks, the remains of 12 migrants have washed up at different locations on the shores of Morocco and Spain. These cases are not connected to any known shipwreck, an alarming trend indicating that some boats may sink without the knowledge of any authorities. If there are no survivors, an incident may go entirely unrecorded”.