1200 asylum-seekers still sleeping rough on the streets of Paris 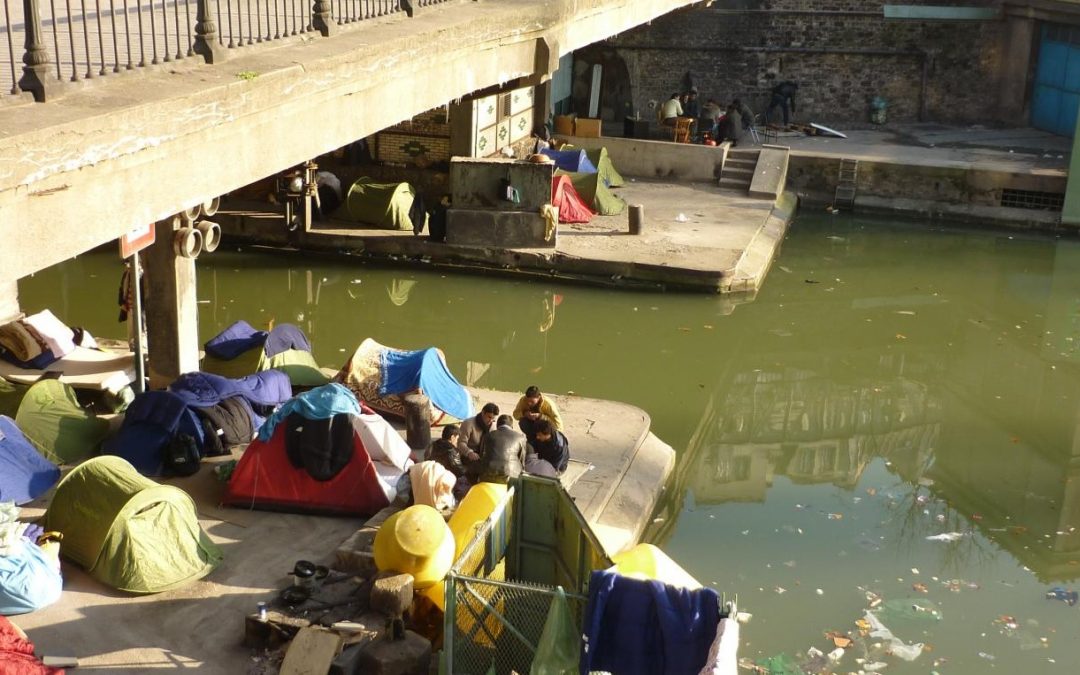 1200 asylum-seekers are still sleeping in the streets of Porte de la Chapelle, Northern Paris, according to ECRE member France Terre d’Asile. The asylum-seekers have been waiting to enter the humanitarian center that opened in November 2016, following the dismantlement of the Calais “Jungle”. They are sleeping in makeshift tents on the streets or under bridges, relying entirely on NGOs to eat and have access to other basic necessities.

On 9th of May 2017, 1600 asylum-seekers were evacuated from this same area and taken to emergency reception centers.  Asylum-seekers keep coming back even after being evacuated; one reason is that Paris is perceived as the place where asylum-seekers have the most chance of being received, according to France Terre d’Asile. Between 80 and 200 new asylum-seekers arrive  there every day.

Challenges remain in the reception of asylum-seekers in France, ranging from enabling access to asylum procedures to providing enough space in emergency humanitarian centers. In the center of Porte de la Chapelle only 400 places are available and asylum-seekers are only allowed to stay between five and ten days while their situation is being assessed. The AIDA report on France found that because of the “guichet unique” procedure (asylum-seekers can only register in one specific desk at the préfecture via appointment), delays in which to register vary from weeks in certain regions of France to 2 months in specific neighborhoods of Paris. During this period asylum-seekers are left to fend for themselves.

Several NGOs have expressed their concern about the situation in Port la Chapelle by directly calling on the French President, Emmanuel Macron, to provide better reception conditions and to implement a better asylum policy.

A new evacuation reportedly took place on Friday 07 July; a little over a thousand individuals have been removed from the streets and were proposed alternative accommodation in the Parisian region. It is the 34th such evacuation since June 2015.